A concerned fellow-Salemtowner wrote DA Torry Johnson about Salemtown's suspected serial burglar and encourages us to do likewise:


I am first-time homeowner and new resident of Nashville’s Salemtown neighborhood. 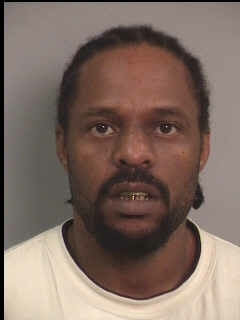 I am writing to you after attending my first meeting of the Salemtown Neighborhood Association on May 4, where Commander Huggins provided an update on criminal activity in the area.
He suggested that we contact your office to voice our concern about outcome of the case against Darren Lamont Hardemon, who was arrested in December 2008 for aggravated burglary and theft following a string of eight break-ins in the Salemtown and Germantown neighborhoods. He was released on bond on December 25 and indicted on January 30, 2009.
Mr. Hardemon lived with his mother in public housing on Delta Ave. during the time of the break-ins. Rather than being evicted, Mr. Hardemon’s mother agreed to prohibit her son from staying with her after his arrest and subsequent release on bond. According to Commander Huggins, his current whereabouts are unknown.
After reviewing Mr. Hardemon's record on the Davidson County Criminal Court Clerk's site here http://ccc.nashville.gov/portal/page/portal/ccc/home/ and reading reports of his actions here http://enclave-nashville.blogspot.com/2009/01/crime-alert-dark-grey-ford-taurus.html and here http://enclave-nashville.blogspot.com/2009/01/crime-alert-north-end-serial-burglar.html, I firmly believe that if Mr. Hardemon will return to the area and continue to commit crimes against his neighbors if he is not incarcerated.
His arraignment is scheduled for May 20. On that date, I hope that he will be remanded into custody pending sentencing or trial based on his record and the reasonable expectation of Mr. Hardemon’s victims and residents of the community he burglarized to be protected from further harm by this known, repeat offender.

You can send your own request to the Torry Johnson through the DA's website portal: http://da.nashville.gov/portal/page/portal/da/contactUs/
Posted by S-townMike at 5/14/2009 11:54:00 AM