Well, we finally have found a Council member willing to defend his vote for Kay Brooks to a constituent. One of Jason Hart's constituents, who is also a community leader, forwarded me a response Mr. Hart made to her in light of questions she asked him regarding his support of Kay Brooks. These are her questions:

Here is the entire text of Jason Hart's response: 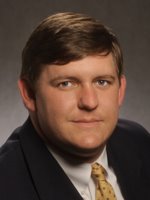 First, I would like to say that I tried to dismiss the appointment until the election at the beginning of the meeting (watch the meeting). However, this motion to defer was denied due to metro legal council and the Vice Mayor. I believe that the council should not have appointed anyone and let the candidates run for office and be elected by the people not by the council. Second, I would like to state that the current school system is in shambles as we speak. We have several schools that are about be taken over by the state, the dropout rate at 45% is absurd, and the disproportion of race ratio is ludicrous. Mrs. Porter has worked in this same school system that has provided us with these results. I was not happy as a student in metro schools and I am not happy with schools now. It is time for a change! I have son that is in public school and I am not going to gamble with my sons future. These head administrators like Mrs. Porter have no clue what they are doing which is deemed by their results and continuing failure. It behooves me to place a god old boy back into a failing system. In the real world if you do not provide results, you are fired. These administrators remain in the system because it is the government. It time that the government joins the real world. I have no problems with Mrs.... Porter as person or as a teacher. I am sure that she is a wonderful person. However, she is a part of the old system and the old system has not been successful. Third, I would like to point out the issue of funding of metro schools. We provide our student with more money than anyone else in the state, yet we have some of the worst test scores in the state and the nation. My number one complaint from constituents during the budget process was that to much money was being given to the schools. This idea is clarified during the referendum that failed miserably before the people. Now we have Mrs. Porter that has been accustomed to demanding metro tax dollars for 30+ years and spending it like theirs no tomorrow. This methodology must come to an end now. They must take the money that they have been given and make it work. If they cant make it work, then get out of the way and let someone else do it. Finally, I would like to tell you that I received good handful of people contact me that were in favor of Mrs.. Brooks. I had maybe 2 people contact me about Mrs. Porter before the vote. After the vote I had several people contact me and complain. I wish those people would have contacted before the vote, the result may have differed.

I should note first of all the caveat that Jason's father and former Metro Council member, Lawrence Hart, is a candidate running for the District 5 seat in August. That fact certainly colors all of his comments a deeper shade of self-interest. It also may answer why he moved to defer but then voted for Kay Brooks (rather than abstaining in protest).

Second, he does not provide any details directly related to what he sees as flaws in Gracie Porter's leadership skills. He merely recalls his bad experience in school and paints her with the same supersized roller with which he paints all Metro administrators. That's not fair. If we are going to get serious about solving MNPS's problems then we have to focus with laser-like precision on those problems rather than hacking away at the entire administration with Jason Hart's total indiscrimination.

His vote for Kay Brooks looks more like knee-jerk anger and political calculation than it does honest support or questions about Ms. Porter. He charges Ms. Porter with demanding money and spending wantonly, but gives no evidence of such from her record. He twists last year's failure of the sales tax referendum to suggest that all of us who opposed it (which I did) opposed it because we believe that schools get too much money (which I don't); I'd prefer to believe that a large number of voters felt that a sales tax was not the appropriate means of funding education.

He also blames his constituents opposing Kay Brooks for not contacting him before the vote. I've got to ask: who's fault is it when Council members are putting these coalitions together behind closed doors and not publicizing their deliberations and not comprehensively asking voters for direction on this appointment? I'd say the responsibility falls more on Mr. Hart's shoulders than on his constituents' shoulders. Whining now that you're in the middle of a firestorm of critical feedback is bad form. Council members should have done their homework on the front end.

Finally, you'll notice that while Mr. Hart responded to questions #3 & #4 above, he basically ignored questions #1 & #2. He refused to answer whether he attempted to inform himself on the issue by actually attending the District 5 candidates forum, and perhaps confirming or denying his preconceived notions about the candidates. He also neglected to say whether he actually ever talked to Kay Brooks to understand her views of public education. As far as I can tell, Mr. Hart's support for Kay Brooks was neither informed nor thoroughly thought out. Besides, he's already got a horse in this race, and voting for Kay Brooks was a means of handicapping that contest.
Posted by S-townMike at 5/24/2006 01:45:00 PM