Ludye Wallace finally emerged to speak to the Nashville City Paper about his support of Kay Brooks:

Wallace, asked if his vote indicates he is tending toward a more conservative approach to the schools or to the budget, emphasized Brooks’ appointment is for two months only.

“Councilman [Michael] Craddock came to me early on and asked me if I would support [Brooks] and I committed to support her,” Wallace said. He said he would have voted for Porter if there had been a run-off.“

Sure, Ludye. And I've got a District 19 alley I want to sell you. Stick with good-ole boy patronage, Ludye. You're wading into culture wars that are over your head. 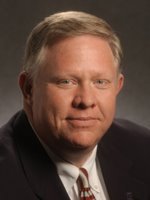 Well, my Councilman's comments further bolster the charge that Michael Craddock has been a very unpublic busybody from the start, probably violating the state's Sunshine Laws by politicking with other members to put Ms. Brooks on the school board.

But what the heck is Ludye's logic about this being only a two-month appointment, as if that's supposed to be consolation? It sounds more like one of the risk-factors one weighs in deal-making. Did Ludye simply rationalize the seeming low cost of the vote in exchange for something he got in return? I'd put that down in the "Closed Door" Craddock column, too, even if Craddock protests that he did not trade votes to get Kay Brooks in. I'd also say that Ludye has gotten more than he bargained for. 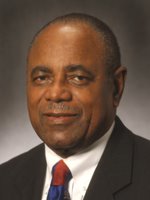 Some council members have voiced surprise that Councilmen Ludye Wallace and Ed Whitmore, who represent North Nashville districts with significant populations that have historically favored the Democratic Party, voted for Brooks, whose main support came from conservatives.

“However, had I met [Porter], maybe my vote would have been different,” he said.

That's pretty faulty and flighty thinking. It's testimony as to why Metro Council members should never be allowed to act on their own without proper feedback from constituents. We basically cannot trust this crowd to do something as simple and self-evident as meet with candidates for whom they will cast votes to fill important seats affecting even the welfare of our children. Apparently, Council members expect candidates to come hat in hand and to patronize them as Kay Brooks did via Michael Craddock.
Posted by S-townMike at 5/25/2006 09:40:00 AM