Choose Your Own Nashville Adventure; Unless You Choose Kijiji

In fall 2005, former Nashville Scene writer John Spragens wrote a little piece on a couple of North-by-Northwest neighborhoods, which together he called "Jeffertown." This week Scene editors not only resurrected Spragens's ill-chosen title (which failed to stick with those of us who live here; is anyone else using it?), but they also re-packaged and re-gifted Spragens's lyrics as their Annual Manual 2007 description for our neighborhoods. 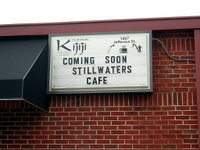 Hence, the Scene's understanding of who we are is dated and irrelevant, given the dramatic changes over the past 15 months in the area. It suggests that they have not chosen an adventure themselves here in some time. 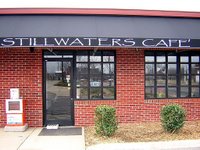 If they had, they would have found that the Kijiji Coffeehouse has been closed for months and that the owners sold their building on Jeff St. in order to down-size to what they call a "kiosk" format (at the airport and at the GEC). I don't know whether Jeff St./Fisk denizens will still "relax" at that location as the Scene says they do, but if they do, it will be by the "Stillwaters," rather than the "Kijiji."

I assume that the Scene's Annual Manual is a cover for the interruption of the holiday break and that, no matter how cynical it sounds, it is an opportunity just to publish "something, anything" rather than face a dead week. But surely--before they went to press--the Scene editors could have written an up-to-date description of the North End or they could have at least tried to know enough about Kijiji's changes to re-write Spragens' original piece. But if you have the ability to travel back in time for an October 2005 adventure in a place called "Jeffertown," they've got you covered.
Posted by S-townMike at 1/04/2007 12:36:00 PM