I'm tired of yokels pissing in our alley. I've decided to start openly taking their pictures with hopes of discouraging them or at least getting an indecent exposure charge to stick. I'm probably taking these surveillance shots at some personal risk, but I'm frankly fed up with the urinators.

The pictures you see here are of a hunter green Chevrolet Yukon stopping just off of Hume around 4:30 today so that the African American driver can relieve himself when there are perfectly good gas station urinals just a few blocks away. He also littered before he left.

The first pic was taken in mid-piss. The second one as the driver backs out of the alley upon seeing me appear with my camera. The third one as he speeds away; tried to get a clear shot of the license plate, but it didn't turn out well. 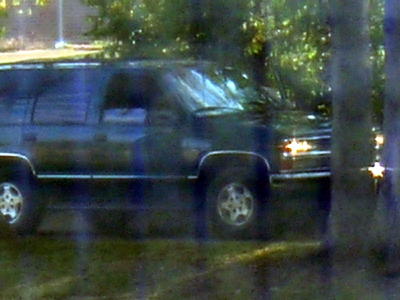 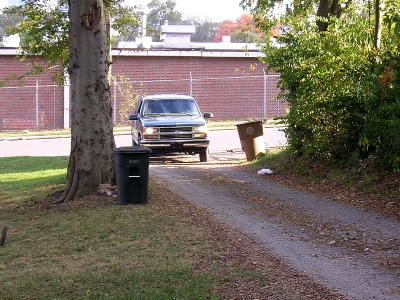 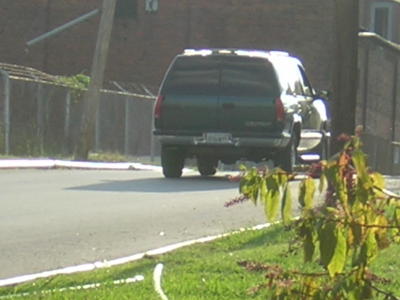