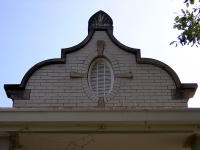 I spoke with Michael Smith, Manager of the community center at Morgan Park this week about the $200,000 of renovations planned around the park. He told me that there are two other community centers currently being renovated and that MPCC's probably won't start until those are finished. Probable and possible renovations that he mentioned include: