Remember last year's big much-ado-about-nothing involving the two words: "Holiday" vs. "Christmas?" Well, WKRN Reporter Jamey Tucker, whom I've never accused of having too much objectivity in his reporting, is not waiting until after Thanksgiving to stir that pot once again by bringing us a story of tree-naming all of the way from the land of beer and cheese. (Heck; he didn't even wait until after Halloween). 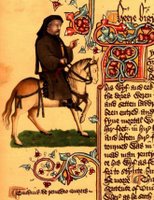 Why are culture warriors and these supposedly "mainstream" media reporters so opposed to the term "Holiday," which has a thoroughly Christian etymology dating back to very Christian 14th Century England (halig "holy" + dæg "day")? Given the Christian freight of both words, there is no theological difference between "Holiday" or "Christmas," regardless of the threat that Tucker imagines to his faith.

The irony in Tucker's rather glib response to the Milwaukee story is that the etymology of the word "Christmas" itself is not Protestant: the word derives from "the Mass of Christ." Since Protestants do not have "Mass," then calling the tree a Christmas Tree would exclude a major cross-section of the denominational spectrum outside of the Roman Catholic and Eastern Orthodox Churches. (And I don't even favor extending Tucker's flawed logic of semantic purity to the word "Christmas" itself. I like and I use the word. I'm just not obsessed with it).

And what of the etymology of the term "Christmas Tree"? That term first appeared in America in the early 19th Century as a translation of the German Weihnachtsbaum, which literally means "Sanctified or Consecrated Night Tree." So, why not choose "Weihnachtsbaum" or "Consecrated Night Tree" over "Christmas Tree"? We already have purity-run-wild in the culture war over "Holiday" vs. "Christmas," so why stop with a term, like "Christmas," which does not precisely fit the way that Protestants actually worship Christ?

The culture warriors really can ruin the spirit of Christmas with a lot of posturing that eventually has little to do with how people actually celebrate the season in their homes. I personally hope that Metro does not put up a tree at all in Riverfront Park this year. It will save us from listening to axes ground by the more strident among us. Do away with Metro's tree and we do away with the whole debate. I wouldn't miss it for a single minute.
Posted by S-townMike at 11/12/2006 04:36:00 PM