Sex Crimes detectives are asking for the community’s assistance in locating a self-proclaimed youth minister and convicted rapist who is currently under investigation for the reported sexual assault of a 10-year-old boy. 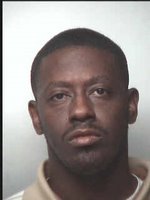 Brian Bernard Hunter, 31, is currently wanted for probation violation in Memphis , where he was convicted of the statutory rape of 13-year-old boy.
Hunter was arrested in Nashville at 12:30 a.m. on October 21, 2006, for contributing to the delinquency of a minor and driving without a license. At the time, Hunter was accompanied by a 12-year-old boy. Following his arrest, Hunter ceased contacting his probation officer. His current location is unknown.
Hunter, whose last known address was on 6th Avenue North, is known to visit African-American churches and identify himself as a youth minister while attempting to associate himself with church youth music programs.
Detectives are keenly interested in Hunter’s Nashville travels, especially as they relate to children. Anyone seeing Hunter, or anyone whose child was befriended by him, is urged to contact the police department’s Sex Crimes Unit at 862-7540.